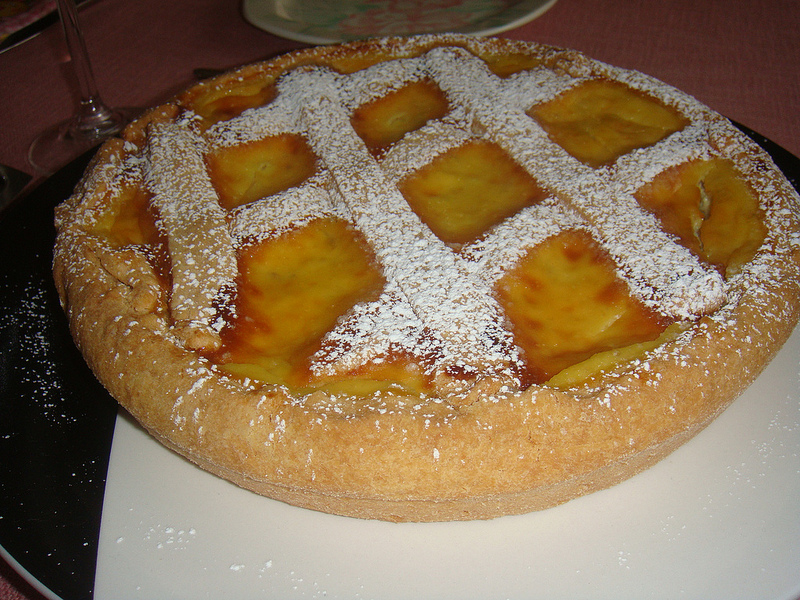 Sorrento is known all over the world, not only for its wonderful landscape but also for its cakes. Whoever is lucky enough to visit our Peninsula in the Easter period will have the chance to taste two typical Easter cakes: the “casatiello” and the “pastiera”.

Here in Sorrento reality very often mingles with legend and this is one of the characteristics which makes our area so rich in magic. Also the history of the pastiera is tied to a legend: the myth of the mermaid Partenope.

The legend reads that the mermaid Partenope rejoiced the lives of the people living in the gulf with her melodic singing. To thank the Mermaid, the inhabitants of the area decided to offer her the fruits of their fertile land: flour, the wealth and strength of the farmers; ricotta, given by the shepherds; eggs, the symbol of ever-renewing life; soft wheat boiled in milk; orange flower essence to give it the intense aroma of Sorrentine orange groves; perfumed spices of far eastern lands and sugar, the symbol of sublime sweetness.

The Mermaid Partenope, overwhelmed by such offerings, returned to her kingdom, in the depths of the abyss and presented the gifts received at the feet of the gods.

The gods, enchanted by Partenope’s delightful singing, used their divine arts to mix together all the ingredients the Mermaid had received: the result was a cake which was even more wonderful and sweet than Partenope herself … the “pastiera”.

There is also another story that is told about this marvellous cake. King Ferdinand II of Bourbon married Maria Theresa of Austria, an austere woman who the people had given the name “the queen who never smiled”. It is said that one day Maria Theresa, gave in to Ferdinand’s insistence, and tasted a slice of the pastiera and a smile illuminated her face, at which point the king said: “it took the pastiera to make Maria Theresa smile, now I will have to wait until next Easter to see her smile again!

Today we are luckier, because we don’t have to wait for Easter to smile whilst eating a slice of pastiera, it can easily be found all year round because it has become one of the traditional cakes of the Campania region.

Even if it is not Easter when you visit Sorrento, I would suggest you taste a slice of pastiera; there are many varieties, some with custard cream, some with chocolate … choose the one which thrills your taste buds the most and you will see that it is impossible not to smile, just like Maria Theresa of Austria!