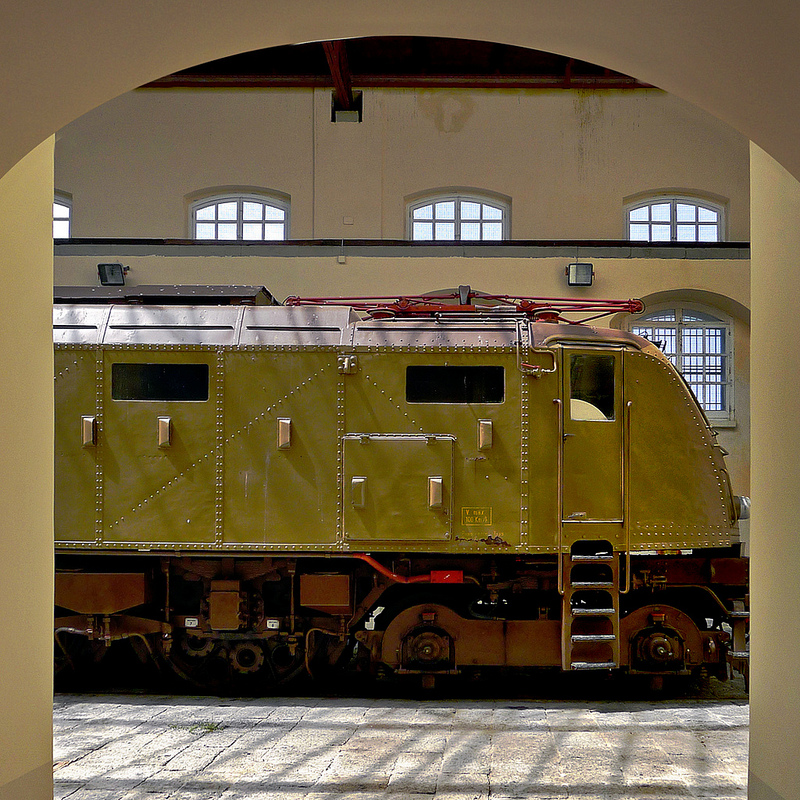 Among the places children like most, we definitely find the National railway Museum of Pietrarsa. The museum is inside the former Reale Opificio (Royal Workshop) conceived as a sort of academy for official engineers dealing-with boats, for the Kingdom of the Due Sicilie. It was on 1840 that Ferdinando IVth of Bourbon decided to found a great workshop upon this area where steam locomotives would be built. As a matter of fact, Naples, on October, 1839 witnessed the inauguration of the stretch Naples-Portici, the first Italian railroad. On December 20th, 1975, the Shops of Pietrarsa stopped their activity and it is on October, 1989 that the museum inauguration dates-back.

This museum is a very good place to visit for the children, because even if it is a museum, nothing inside recalls its “typical rooms.” It is an enormous pavilion with binaries, locomotives and wagons of any kind, making this museum a unique place in Italy.

This place full of history will draw your children’s attention, especially because it will be possible to tell them about the history and the evolution of locomotives as well as the so many histories where wagons have been protagonists over the years. There is also the locomotive of the marriage of Umberto di Savoia and Maria Jose of Belgium, since there was also the royal train of 1929, a train made of 11 carriages, and where the marriage was celebrated. Consequently, between the emotion of being among iron giants, and the steam noise, your children won’t be likely to leave this place full of enchantment that will definetly leave in their mind the unforgettable memory of a day spent “having dinner with the king and the queen, walking with inspectors, engineers and business people, going from one train to the other”.From the industrialization epoch let’s go to country traditions making a jump back in time near the Museum of the country civilization, Arts, Works and Popular Traditions “Michele Russo”, his founder.

The museum is suited for the children, since knowledge is stimulated through the use of the five senses, so as to show with the highest truthfulness how was working in the fields and the importance of what earth produces. One of the most interesting thing, it is the possibility to see ancient tools still working, thanks to farmers getting ancient works relive again, such as O’ Spurtellaro, O’ Conciapiatti, A’ Filatrie, and many others. The museum, also has a didactic garden that will allow to see how land got worked, and the most varied plants, from the aromatic to the healing ones. Finally, also for the youngest, it is possible to offer an articulated program on more forms to offer a more active approach to the country culture.

In the vesuvian territory the religious tradition is very rooted, and it is definitely of high interest a tour among the most important churches, such as: the Santuario di Pompei, the Santuario della Madonna dell’Arco, to Sant’Anastasia where there are some museums annexed as an evidence of the believers’ devotion.

The run starts from the basilica in Pompei, centre of popular devotion among the most important of Italy, whose building was started by Bartolo Longo on 1876, and finished fifteen years later. The building planned by Antonio Cua (19th century), raises stately and imposing in the middle of the square and shows a facade in travertino stone, finished on 1901, when the building was raised to Basilica, on its top there is the statue of the Vergine del Rosario, carved in just one block of carrara marble. The bell tower of grey granite and white marbles made on 1925, is wonderful. The inside is made with a Latin cross plan and three aisles, whose plan is dominated by a stately dome of 57 meters hight. The inside is rich of polychromatic marbles and frescos representing the dream of San Domenico and interesting happenings, linked to the history of the basilica.

On the most greater altar a very worshipped picture is preserved, a picture by Vincenzo Paliotti (19th century), representing the Madonna del Rosario with her Child and the saints Domenico and Caterina da Siena, object of cult all over the world. There are a lot of believers, who on 8th, May and on the first Sunday of October recite the Sacred supplication to the Madonna, written by the same Bartolo Longo. In the basilica we suggest you to see the “Sala del tesoro” (Tresure Room), where moonstrances, wine glasses and sacred furniture of great value are guarded, and the Museum where are exposed many ex-vote.

The tour continues near the Sanctuary of the Madonna dell’Arco to Sant’Anastasia, famous country for the artistic copper workmanship. This Sanctuary, together with that of Pompeii is one of the most attended of the whole region and it is characterized by a very slender dome surmounting the building and from a beautiful bell tower of 1854. The inside was originally with a unique nave, but today it has three aisles, after the intervention that has linked the side chapels.

The sanctuary rich of ex-vote tablets, the most ancient dates-back even to 1591, where the represented subject was saved thanks to the Virgo’s intercession. There are paintings by Antonio Sarnelli (1774-1777), on the altars of the right nave, and at the intersection between the nave and the transect there is the altar in marbles, where the image of the Madonna with her child is revered. The tradition attributes miraculous powers to that image. Close to the sanctuary there is the convent, where it is possible to have a look at the wonderful collection of around 7.000 ex-vote represented by paintings which were originally situated in the church, upon reservation.