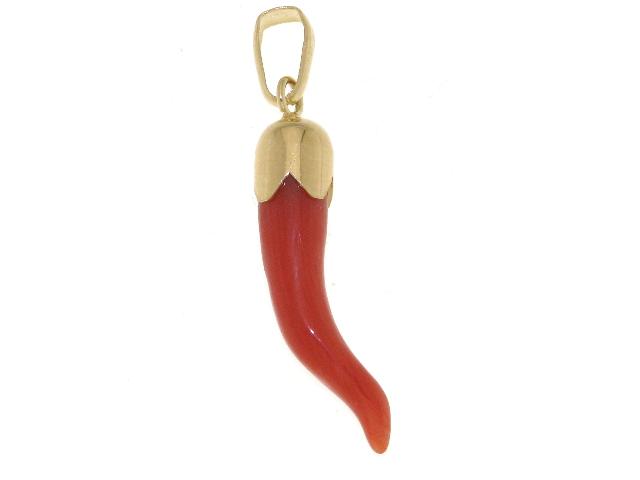 The vesuvian itinerary develops among religious and popular traditions, but mainly among the ancient origins of its handicraft. Running through those ancient traditions, you will be allowed to know the parties, the habits, the uses, and customs, of vesuvian people, and also many handicraft workshops where the coral art is being handed down for generations.

The tour starts from Portici, the first country on the coastal zone, of big noble traditions and centre of the Villa Reale. It is said that when king Carlo of Bourbon and his wife arrived on Granatello dock, to call on prince Elboeuf, who lived in this villa, they got so very charmed by that pleasant and rich place of natural beauties, that they decided to live there, and have a villa built there. Also the royal court and the nobles had their villas built in the area outskirtses, this is how the Miglio d’Oro was born, the coastal road going from the Portici family royal building, to Torre del Greco. After Portici the tour goes through Herculaneum, very well-known for the archaeological excavations of the ancient Hercolaneum, and where there was a very strong religious tradition.

We cannot miss a stop to the Church of Santa Maria a Pugliano, the most ancient Marian sanctuary of the vesuvian area, whose name comes after the name of the land owner where the first oratory was built: Pollius. In this church it was worshipped a Byzantine icon of the Madonna called Madonna of Ampellone or Madonna antique, so as to have it distinguished from the fourteenth century wooden Madonna, still exposed on the main altar: the Madonna delle Grazie. This dark Madonna suckling her Child has a legend, related to her foundation. It is told that this statue, during a night of full moon, was found by some fishermen in the sea of Puglia. The fishermen, charmed by her beauty decided to bring it to Resin, in a small house on the course. But during the night the statue ran away alone to the place where the tradition tells San Pietro had stopped, to batpize a man known as Ampellone, foretelling him that in that place a great church would have risen. This was what actually happened, and ever since the whole village, took the name of Pugliano.

There are many religious celebrations that charm tourists, and believers visiting Herculaneum, beginning from the festa patronale di San Gennaro (patronal feast), held on September 19th, the feast of Assunta, held on August 15th, the same day when the city of San Vito, celebrates its baronial liberation, with the feast of San Vito, whit the “flight of the angels”. There are also many cultural demonstrations being celebrated during the twelve months of the year, and that can make the tourists stay better, like for instance the “Festival of the Ville Vesuviane” theatrical review held on July and “The last night of Ercolano” held from June the 1st, until September the 30th, near the excavations. During July and August there is another celebration the “Fresko Film”, a cinema review, another celebration being held every two years is the “National guitar contest”. In the handicraft field, let’s then remember the “Meeting Artigiano Erculanense”, where handicraft products and artistic places can be admired, like for example glass or stone paintings, wooden items, wrought iron items, and tissue articles, and during Christmas time the famous “Natale ad Ercolano” where expositions, performances, concerts and theatrical representations follow one another.

After Ercolano the tour continues to the famous Torre del Greco, well-known because of the handicraft tradition of the coral workmanship. Actually in Torre del Greco it has been carved the most ancient coral work in the world, representing the statue of “Giove Serapide” and now preserved at the British Museum in London. The coral fishing has very ancient origins in Torre del Greco, and because of the good profit Ferdinando IVth of Bourbon called this kind of fishing “Spugna d’Oro” (Golden Sponge) of his kingdom. Only towards the end of the eighteenth century the coral workmanship starts developing, when the first incision shop was opened, then it was also founded the school of coral incisions, of decorative arts and similars, now the centre of the Institute of Art and of the Museum. After a visit to the Museum, it is nice looking at artisans working near one of the famous artisan shops where this art is being handed down for generations: the Workshop Ferdinando d’Amato, the Ascione Giovanni and son, Massimo Luise, De Simone corals, Rasola, and finally Liberino, who also has a personal museum, where visits are allowed upon reservation, and where it is possible to buy a souvenirs.

For the most superstitious, we recommend to buy a lucky horn, because it is said that the coral powder has “magic powers”. At Torre the religious tradition is very rooted. The Madonna Immacolata is celebrated every year on the 8th of December, with a beautiful feast in memory of the 8th of December of 1861 when lava stopped before the city entrance. To remember this event every year at 11.00 a.m. o’clock, the time when the lava exactly stopped, 150 people bring on their shoulders a naval wagon of 9 meters length, which every year is projected and carved by a different artist and then destroyed. The festa dei Quattro (The feast of the four) it is also a very important celebration, it is linked to the ricommemoration of an historical event, the liberation of the city on June 5th of 1699. During this celebration there are altars made of papier-maché, represented on paintings or frescoed surmounted by the Sacrament and representing cathedrals facades and fantastic building in different styles. From Torre del Greco let’s continue through Torre Annunziata whose birth is linked to a legend. It is said that the Madonna who appeared before four local nobles, had announced she wanted to have a chapel built, and dedicated to her, near the sea and this is why this place was called ever since Torre Annunziata.

A great devotion is dedicated to the Madonna della Neve, celebrated on August the 5th. Also this Madonna is linked to a legend telling that during the fourteenth century, it was found in the sea a terracotta bust, representing the Virgo with her child, and that day was Santa Maria ad Nives day, to remember a snowfall happened on the Esquilino mountain. Somebody says that the snowfall started in Rovigliano, after the discovery. Last stop on the vesuvian tour, is at Castellammare di Stabia, a famous thermal place, where there are 28 sources of healing waters, which are a unique complex in the world for the variety of their composition. The most rooted tradition here, is the cult of San Catello, protector of Castellammare. This protector has a very ancient legend, telling that when the drought caused a serious famine in the city it was only thanks to the apparition of the Saint before a captain of a loaded ship of wheat that the city could get over that famine.

Castellammare di Stabia was also characterized by some ancient works, some of them already extinguished, others survived, showing another section of the ancient life. A character to remember is the “Ammuola fobrece”, who used to go out using an old bicycle. He was entrusted to keep knives, penknives and scissors, with the purpose of having them sharpened. The “Masterascio”, ax master, had to saw big mast chunks. He was a very wise and good carver, skilled in nautical carpentry, a work that for decades together with the work of the saw man, have represented the main source of mainteinance for many stabiesi families.