Going around Lakes and Natural Reserves 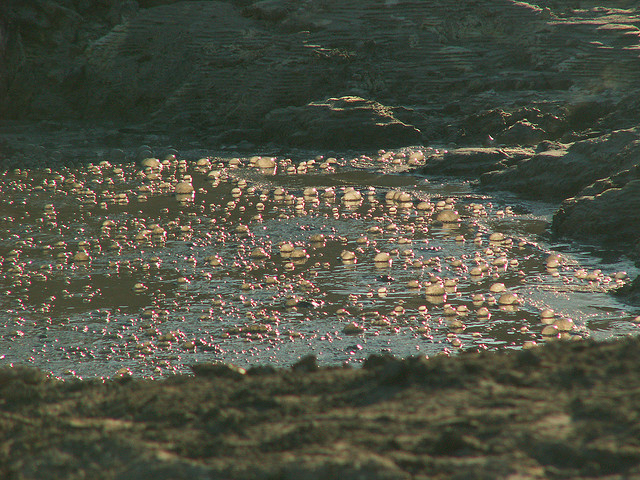 The praised Campi Flegrei are a territory of different natural scenarios, going from lake scenarios, the sea, and the luxuriant green. This allows to effect an articulated itinerary between mythical lakes and natural reserves, pleasant places where Romans dedicated to the otium cult, and to body and soul pleasures.

First stop of our itinerary is Agnano, an ancient crater and place of the natural reserve “Cratere degli Astroni” (Astroni’ Crater). The Astroni, already known during Romans times, were used as thermal baths for the abundance of sources of healthy water. This is an ancient crater flegreo, and during the XVth century, it was turned into a royal chasing reserve, from Alfonso of Aragon.

The park, which covers a surface 5 of around 250 hectares and has an almost round form, was founded on 1987, and it is a protection oasis for permanent migratory fauna. The oasis is a shelter for many animals: reptiles such as the grass snake and the coluber, amphibians such as the green frog, small mammals as the fox, and the dormouse. There are also many birds fluttering here, and there are four kinds of birds who have nested here: the robin, the jay, the water-hen, and the royal red woodpecker. And then there are the magpie, the heron, the blackcap, the Sardinian warbler, the lapwing and the wren. The particular microclimatic conditions and the place conformation, cause the phenomenon of the vegetation inversion: on the crater bottom there are different plants, such as the durmast, and bay-oak, typical plants of highest and coldest areas. Going up again we find the black hornbeam, the chestnut tree, the elm and the Neapolitan maple, the holm-oak and the strawberrytree. The brushwood is rich of ferns, butcher’s broom and ivy, and on the bottom two little lakes are surrounded by reeds. It is very charming having a guided visit inside the crater, with an experienced guide, who will know how to explain all the plants living here.

Moving towards Pozzuoli, heading to the higher part of the town, the area offers one of the most charming and naturalistic sites of the area, La Solfatara, where there is a surreal landscape that will definitely charm visitors, absorbed in this kind of eerie atmosphere which was the residence of the fire god Efesto, for Greeks. The Solfatara Vulcan, with its elliptic crater, dates-back to 4000 years ago, and it is the only Vulcan of Campi Flegrei still working, with impressive fumarole demonstrations. The last eruption dates-back on 1198 when pumice stones, and ashes were exploded out of its crater. Let’s walk now among the fumarole, where steam sulphur clouds are raising, in an air imbued of sulphur, expanding on the outskirtses. For nature keens and for those who want to stay in a very original environment, we suggest the equipped camping inside the volcanic complex.

Campi Flegrei are full of natural phenomena. From the fumarole of Pozzuoli, it is possible to move to Arco Felice and reach the naturalistic oasis of the Monte Nuovo. The birth of the mountain has an incredible history. On the 29th September of 1538 a rain of fire, lapillus and ash, submerged the village of Tripergole and from the Earth bowels, in only three days it rose a new mountain, which was called “New”. Today on this mountain it is possible to find the Mediterranean maquis, with pines, strawberry-trees and holm-oaks. Inside this oasis there is also a small research center, a botanical garden dedicated to Mediterranean essences and a map of equipped paths. Inside this oasis there are so many colours and perfumes, and with the help of experienced guides, it will be easier covering the wonderful path on the crater mouth, or there will also be the possibility to penetrate inside the crater on the back of a beautiful horse. Another evocative tour is the tour of lakes, starting from Lago d’Averno, a lake located inside a crater, a mythological place of Campi Flegrei, whose name derives from the word aornon, without birds, because of hydrogen and carbon dioxide exhalations, which made impossible to survive here, while Virgilio thought it was the Ade entry, where it is said that Enea reached the deaths’ world, to talk with his father Anchise, following the suggestion of the Sibyl Cumana.

During the lake journey, we find the remains of the Temple of Apollo, which was used as a thermal classroom during ancient times. After the Lago d’Averno there is Lago Lucrino, with its small sheet of water surrounded by reeds, whose name was associated during the Roman period to the breeding of the molluscs and to the fishing, which was abundant and profitable in this lake. These waters gave so much wealth and glory that the lake was jokingly named Lucrino, after the Latin name Lucrum, which means profit. Another worthy stop to take is at Lago Miseno, once connected to Miseno harbour, forming with it the only base and it was used as an inside basin for yards activities. During the Roman period there was here the most important fleet of the empire, the Classis pretoria misenatis. Maybe on the bottom of the lake there are still its remains.

And finally the little laghetto del Fusaro, communicating with the sea through two channels and where at its center, on a tiny islet of volcanic origin, there is the royal country house, built by the will of Ferdinando Vth on 1782, by the architect Carlo Vanvitelli (1739-1821), in a place where it was possible to fish, to hunt and that became the destination of artists, men of culture and Statesmen.