For Young People and Children 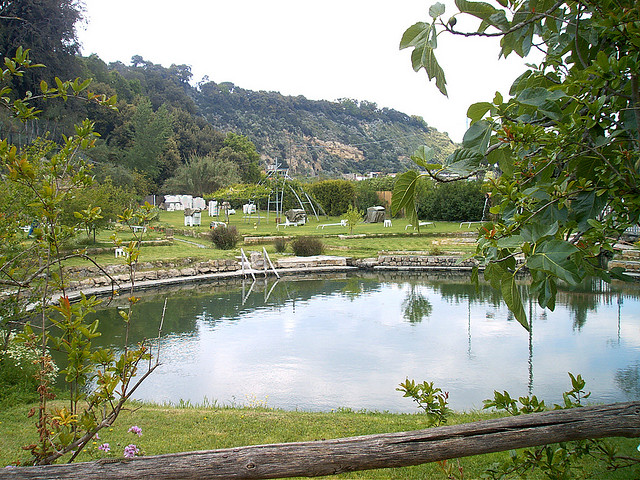 For both young people and for children we suggest to take a stop at the fantastic world of Magic World, which offers a series of possibility to have fun: aquatic park (from May the 29th through September the 5th Schedules: 10:00 a.m./6:00 p.m.), mechanical park, also including a snake area, an aquarium and the drive in. There are many games available for young people inside the mechanical park, like: the Flume Ride, with floating trunks, the Evolution, recommended for the bravest, because of its turns at 360 degrees, the Ranger, with its whirling feelings. During summer time, there are also many opportunities to have fun in the aquatic park, with its water slides and the cool hydromassage swimming pools. Also in this case there are so many opportunities of having fun, from the Anaconda, with an endless series of spirals, to the closed pipes of the Twist, to the impressive Kamikaze.

And for the most romantic, or for those who want to spend a day in full relax, there is the Laguna, with its tropical atmosphere, surrounded by palms. But Magic World also offers the possibility to spend a night together, at the drive in that in any period of the year offers a series of promotions in different days of the week. This place is particularly indicated for children, first because inside it there are professionals available for tourists, but mainly because, beside the pure fun, it is also possible to visit the snake room and the aquarium, which will give your children the opportunity to see new and charming worlds. The snake room houses a collection of fossils finds, coming from all over the world, but the children’s attention will be taken from the evocative environments, housing specimen of turtles, iguanas, snakes, chameleons and pythons. Then they will have the possibility to admire the aquarium with the many tubs reproducing the floors of our seas, but they will also have the chance to see documentaries, which will explain the many aspects of the sea world, with its endless kinds of fishes.

For the less young

Visiting Campi Flegrei, you cannot miss a visit to the thermal plant Stufe di Nerone (Nerone’s Stove), placed in the middle of the coast of the hill, rising between the Punta dell’Epitaffio and the Lago Lucrino, whose thermal benefits were already known to Romans. During ancient times, the complex was probably articulated on three levels: the first one currently submerged, the second one, partly still visible and including the sudatorium and the third one, whose left traces are on the slopes of the hill. Here you will have the opportunity to spend a vacation, reconciling relax, the care of the body, and for this reason especially recommended for the less young, who will have the opportunity to make a real healthy tour, which shall be followed during the ten entries included in the subscription for having access to the complex. There will also be included real specific itineraries, according to the needs of the client But the Stufe di Nerone, are also committed in social, sport, and cultural activities, where there are shows, cultural demonstrations and theatre representations, which are held in a special Sala Teatro (Room Theater) inside the complex.