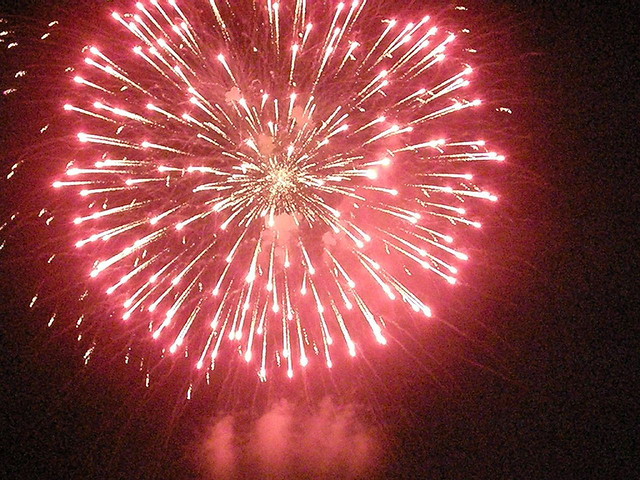 In Sorrento, New Year’s arrival is celebrated with fireworks and toasts of good wishes. Many are the hotels and the restaurants in Sorrento that will organize parties and New Year’s Eve suppers.

The farewell to the Old Year and the contemporaneous New Year’s arrival in Sorrento is welcome by fireworks and by the lighting of the so called “ciuccio di fuoco” (representation of a handicraft donkey made of fabric with chaff and fireworks inside which ideally represents the Old Year and at midnight is set on fire and fireworks. The “ritual” also stands as possible bad memories or happenings symbolically set on fire, meaning gone,… vanished.

This is why soon after midnight a large number of people is found in the streets to making toasts and welcoming the New Year’s arrival in Sorrento in an atmosphere of cheerful joy, which makes the party unforgettable.

They are traditions, which have been renewing for a largest number of years, together with the song to welcome, just so, the new year, toasts of good wishes and much more.

Therefore, not only for this, the New Year’s Day in Sorrento has a particular, suggestive charm and it is always full of go of life and euphoria.

On that occasion, the hotels in Sorrento, which are open, organize New Year’s Eve dinners and parties, able to make the stay of those who choose to spend their New Year holidays in Sorrento unforgettable.

Otherwise, always for parties and New Year’s Eve suppers and dinners, one can reserve tables or groups at one of the restaurants of Sorrento or some of the discotheques of Sorrento.

For those who want to spend an unforgettable night also the idea to spend a New Year’s Day in a discotheque, can be pleasant and exhilarating.

Everywhere, in any case, one can breathe a merry and joyful atmosphere.

For those and many other reasons, in conclusion, to organize a stay in Sorrento for the New Year is surely a successful idea, which can assure that quantity and quality of services and enjoyment during New Year’s, allowing each and every single visitor to start New Year with the best wishes and to hope for a warmer and best future.