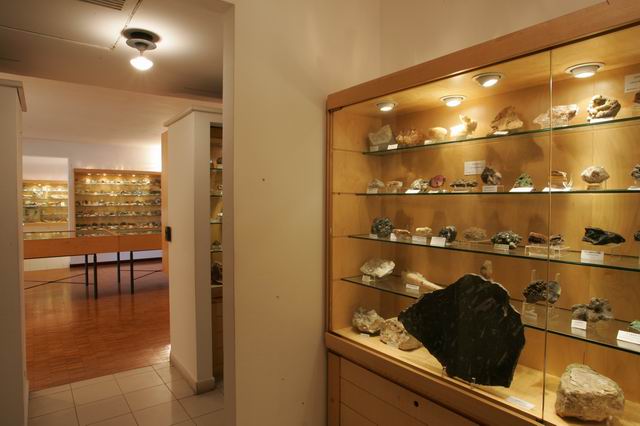 On display, there are 3,500 rare and precious finds coming from all over the world

(AGO PRESS) Less than fifty meters from Piazza Umberto I, the ‘heart’ of Vico Equense, another important city from the Sorrentine Peninsula (around 15 min by train from Sorrento), one can immerse themselves in the secrets of nature and in those of the evolution of life by visiting the Museo Mineralogico Campano – Mineralogy Museum of Campania christened in 1992 by the Discepolo Foundation, established in partnership with the Discepolo family and the community of Vico Equense.

The large display rooms give home to a grand collection of minerals coming from different locations worldwide, collected in fifty years of research by engineer Pasquale Discepolo, This brought to the museum a notable growth in activity. The central nucleus the collections on display are the 3,500 minerals, from a total of 5,000 prize winners of the Discepolo collection, belonging to 1,400 different specimens coming from all over the world. The functional allurement of the museum was adopted from other scientific museums regarding the placement of the nine classes in which the world of minerals are divided. The expositions are arranged also dedicated to the oxides, native elements, sulphites, sulphates, carbonates.

Interestingly, however, the section dedicated to the minerals from Vesuvio-Monte Somma (Vesuvius and Mount Somma) and the brightly coloured fluorescent ones lit up under the light of an ultraviolet lamp are quite the sight. In 1997 a palaeontological section was christened that displays examples of Permian reptiles (250,000,000 years old) like the ‘Mesosaur’, and the ‘Notosaur’. Among the other specimens on display are two ‘Dinosaur Eggs’, other fossils of vegetation and animals relative to the principal eras of the evolution of life on earth. In March 1999 the Museum attempted to create a dioramic model for ‘Ciro’, the ‘Scipionyx Samniticus’, a baby dinosaur discovered in Pietraroia (Benevento) along with numerous finds of dinosaurs from North America donated by the famous Canadian palaeontologist Philip J. Currie, first honoured with the ‘Capo d’Orlando’ scientific award, known in the area of Vico Equense where in the 19th century he recovered fish fossils from the Cretaceous period.

Among the others of mention decorated with this award are Professor John Forbes Nash, who inspired the film “A Beautiful Mind”, Nobel Prize winner in Economics in 1994, and Professor Riccardo Giacconi, Nobel Prize winner in Physics in 2002. In March of 2001 the section dedicated to gems was opened which holds over 500 priceless stones with various facets, given by the architects Ezio De Felice and Eirene Sbriziolo. In November 2002 the Museum presented it’s anthropological section with discoveries of stone found in North Africa, and donated by Angelo Pesce. The museum collections and the history of the “Capo d’Orlando” awards are posted on the museum web site www.museomineralogicocampano.it and on the premises.

Sorrentoinfo.com suggestion: Visiting this museum and Vico Equense can introduce you to Sorrento surroundings and give you a taste of the Sorrentine Peninsula.