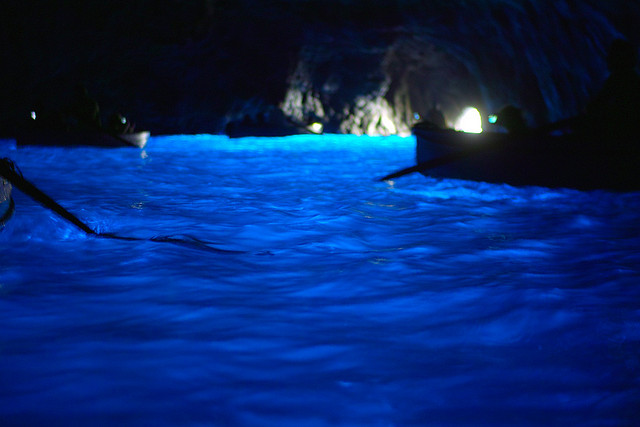 On the three islands there is a perfect union between naturalistic and sea environment. Here the Mediterranean maquis coexists with citrus cultivations, and trees of tall and middle stem, a patrimony of rare beauty. Besides the ordinary road networks it is possible to choose one of the so many naturalistic itineraries, “green and blue”, searching for oasis, sea caves, natural reserves and rocky paths.

On Procida island it is possible to walk on about twelve interpedestrian paths, by crossing vegetable and normal gardens, until the coast. We suggest you two of those paths:

On the southern part of the island, we suggest you to follow the Pizzaco path. This path begins at the end of Via de Gasperi, in Villa Lavinia and it crosses the whole area of Pizzaco for all its lenght, coasting along the eighteenth-century Villa Lavinia, and enjoying on the right of the path the healthy air of a dense brushwood, with roverella plant and olive trees, together with alterno trees. Then you get the Pizzaco point, overhanging on the sea, where you will enjoy a unique landscape, not yet spoiled by man, where there are plenty of myrtle, lentisk, agave, aloe and euphorbia flowers.

The other suggested path is that of the Pioppeto, which begins just after Via del Faro, at the end of a staircase leading to the same lighthouse shortly after. The path coasts along the northern slope of the island and leans out on the sea called poplar garden , because of poplar trees. The path stretches close to the coast. The first stretch offers wonderful panoramic glinpses, but after passing by the viewpoint, and going-up again towards the Cottomo countryside, you will penetrate into a dense wood of roverelle trees, holm-oaks, and a rich bush with brooms and heather. It is also possible crossing natural descents leading to the sea, where there are coves and little coves, a beautiful paradise for underwater fishing, and for people keens of rock-cliff sea. We report a natural reserve on Vivara islet, since 1974. This is a protected area, because of the extraordinary lush vegetation, and for the permanent and migratory fauna. A the beginning the islet was connected to the promontory of Santa Margherita of Procida by a natural isthmus replaced by the Campania region aqueduct wharf, of volcanic origin.

On the rocks it is also possible to find some oxide stones, which are eruption stones of different dimensions and shapes. In order to visit the area is necessary to call the City Hall. It is also possible to continue on this “green” itinerary, moving to Ischia and precisely to Forio City, near Walton house Gardens, called Mortella gardens. Those gardens were born on 1956 by will of Susana and her husband William Walton, a famous English musician. With the help of Russell Page, one of the greatest landscapists architects of the Twentieth century, and friend of the Waltons, an enormous volcanic stony ground was turned into a tropical eden of 16.000 square mts, with more than 1000 kinds of rare plants. In this garden there are orchids, ninphea, lotus flowers, Ginkgo biloba great trees, the so-called crocodile fall, and the Thai Room. From Forio to Serrara Fontana there is a path of about three hours walking, which leads to the Epomeo Mountain, the highest peak of the island, with its rocky installations dug-out in the tufo.

Along the path there is the so-called “snow ditch”, because during ancient times people living in this area used to cover the ditch after a snowfall, in order to store the ice down there, since there were no refrigerators at that time. Let’s move now to Anacapri City, to reach the island highest point, the Monte Solaro (589 mts). It is possible to reach this mountain weather using the comfortable chair lift, which reaches the mountain top in just 12 minutes, or for people keen of sport, or naturalistic walks, it is also possible to climb on the path in about one hour walking. On the way to the top you will find Santa Maria in Cetrella hermitage. This name derives from the so called lemon verbena, or cetrella grass, a very obiquitous aromatic plant of the area. On the mountain top you will also have the chance to admire a wonderful landscape, absorbed in the vegetation charm. In this place there are plants as for exemple the broom that during spring times gives to the ridge a yellow colour, and great bushes and trees like holm-oak, the strawberry tree and the mastic tree. In Anacapri there is the WWF Barbarossa oasis, situated at around 80 meters above Villa Michele.

This place is a very important stop point for migratory birds heading from Africa to the northern European regions. This place also offers rare and interesting plants typical of the Mediterranean maquis. The oasis stretches – out for five hectares and along the path there is plenty of explanatory didactic panels. There are also italic pines, brooms and so many other plants typical of the Mediterranean fauna.

Let’s change from green to blue for sea itineraries. The departure is from Procida beaches, starting from Coricella first and Chiaia then. The first one is the most evocative place of the island. It is a beautiful semicirculair inlet that in ancient times was a crater, and today is a little harbour and also a maritime suburb, where it is possible to rent a boat and, to make offshore baths under Terra Murata. Chiaia beach can be reached only on foot, going-down 180 stairs, from the road known as Graziella slope. The stairs are built between the high tufo walls and covered by spontaneous vegetation of aloe and Indian fig trees. On the narrow beach there are the fishermen caves, boats shelter during winter time.

The are very numerous evocative Ischia beaches, which are properly equipped also for bathing and not activities, for aquatic sports, restaurants, cafes and baretti. Let’s pass from the Ischia harbour Spiaggia degli Inglesi to Baia di San Montano, through Lacco Ameno, to the Spiaggia di San Francesco, in Cava dell’Isola and Citara, to Forio. On this last beach that was anciently dedicated to Venus, there are those waters gushing-out, which according to a legend are miracle waters, for sterile women. But the most famous beach is the Maronti beach, Barano City, where warm waters of Olmitello and Nitrodi spring flow. In Sorgeto it is possible to bath also in winter, thanks to hot water springs that warm up the sea near the shore, a very good place to go, especially for foreign tourists.

Continuing towards Capri, there are plenty of touristic attractions, from the stecks trip to the numerous caves. First stop is at the Arco Naturale, an arching rock, vertical to the sea. From this point a steep staircase brings to the grotta-ninfeo di Matermania, on the south-oriental slope of the island, magnificent natural cave, probably consecrated in ancient times to the cult of Cibele (Mater Magna).

Let’s continue then to the belvedere Tragara, behind the Chartreuse. Under the terrace there is a street going-down to the mythical Faraglioni. The first one, the nearest steck to the coast, is called Stella, and it’s 109 mts in height. The second one, Scopolo reaches the 104 mts in height, and between the two. there is a smaller one the “faraglione di mezzo” (middle steck), of just 81 mts hight, which is crossed by a long natural gallery of 60 mts length.

But Capri is famous all over the world for its sea caves oasis. This is why you cannot miss a stop at the Grotta Azzurra (Blue Grotto), ancient karst hollow. It is so called because when the light penetrates there, the water filters it, and it is refracted with blue hues. Already known in ancient times, it was rediscovered on 1826 by two tourists, the poets Kopsch and Fries, and the caprese fisherman Angel Ferraro. The Grotta Verde, Grotta Rossa and Grotta dello champagne, this name because of the effect waves have, when breaking-dowm. A boat tour is the best way of enjoying the “caprese sea and its natural monuments”. In order to gather information about classic trips, we suggest you the Motoscafisti group of Marina Grande. For the most reckless persons we suggest the evocative immersion with the small submarine “Triton”, an excursion near the stocks, at 50 meters depth, for 40 minutes and then lunch on the-support boat.