The Basilica of Saint Antonino 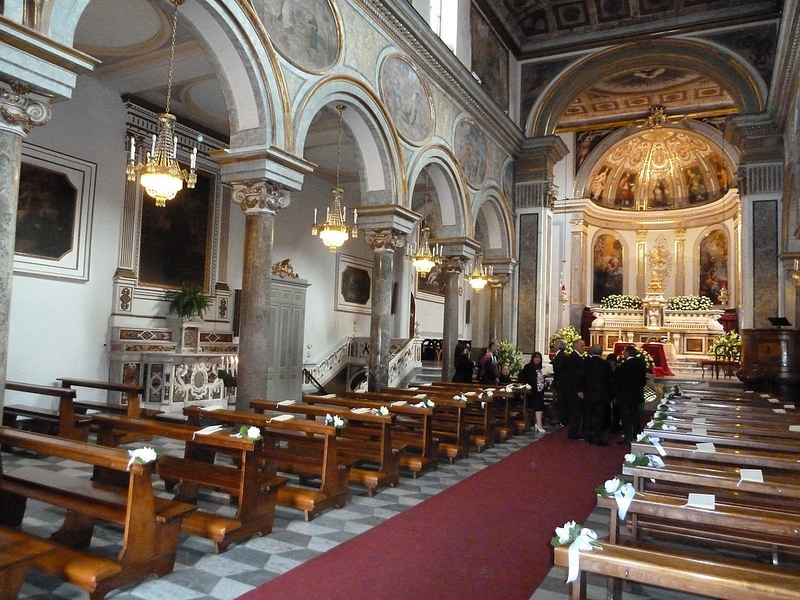 From Piazza Tasso, proceeding along De Maio Street, you arrive, in a 5-min walk, at the Basilica of Saint Antonino, set in the square that carries the same name. The Basilica was erected in the XI century in the place where an antique oratory (IX century), dedicated to Saint Antonino stood with his reamins as here was where he found refuge during the Longobard invasion.

The Church rich with elements of spoil, like the column shafts coming, most probably, from the numerous Roman country homes present in the area. On the right side of the Church, you can admire a splendid gate of the XI century with an architrave supported by Corinthian capitals of the Roman era. On the inside of the Church jealously guarded are valuable paintings of Giovanni Bernardo Lama and the representation of the siege of Sorrento in 1648, a splendid painting by Giacomo Del Po in 1687.

Even the Vestry of the Church merits to be visited because it preserves two precious treasures: the fragments of an antique and elaborated majolican pavement and a beautiful Neapolitan Christmas nativity of the XVII century, from the school of Sammartino, with statues made by most famous sculptors of that time. The shepherds’ clothing are made of precious fabrics enriched by valuable laces and cured in the smallest details.

In a crypt – remade in 1753 – the tomb of Saint Antonino is located, patron of the city of Sorrento.

Of remarkable interest is the collection of votive offerings in the Church donated particularly by seamen who have escaped shipwrecks.

In the lobby, which precedes the Church, there are preserved two cetacean ribs posted as memento of the most famous miracle attributed to the patron Saint of Sorrento. It is narrated, in fact, that a whale had swallowed a child and that the Saint liberated the young boy drawing him safe and sound from the mouth of the whale.

As testimony of this wonderful miracle, the Sorrentine community have placed these two whale bones at the entrance of the Basilica erected in honour of the Saint.