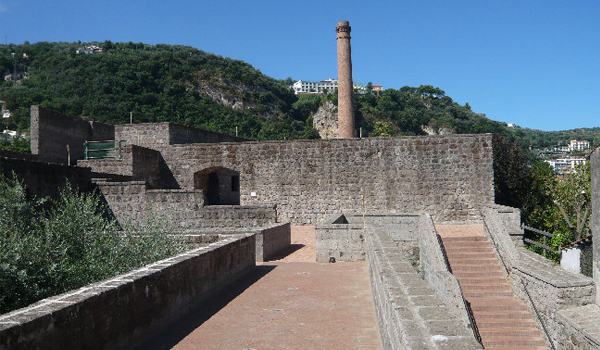 Sorrento’s ancient walls: a dip in the history of Sorrento

“Since the Roman times, Sorrento has been able to count on the defence granted to the town centre by a solid circle of walls.
Yet, only in more recent times the urban walls achieved the aspect partially preserved today.
Being exposed to the risk of Saracen incursions which, above all in the course of the Sixteenth century, destroyed a great part of the sea resorts in Southern Italy, the town – during the period of the Spanish Viceroyalty – was interested by an intense activity to grant a massive system of defence of the town centre.
From the early 16th century the Roman walls, repeatedly restored in the Middle Ages, were completely renovated and made impassable.”

“Built during the 18th century, the gate itself actually signed the beginning of a series of urban transformations culminating, with the passing of years and eventually various historical events, with the enlargement of the ancient main decumanus (today corresponding to Corso Italia), the building of Tasso Square (much larger than the old Castello Square) and, during last century, with the building of Via degli Aranci.”

Entrance from via Sersale.