The Church of the Santi Felice e Baccolo 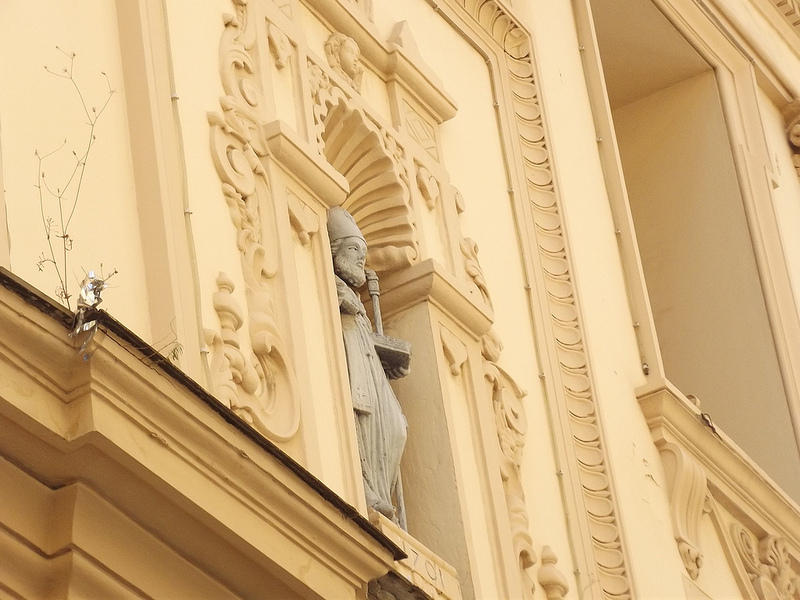 Along Via Tasso, right in the old town centre of Sorrento, there is the Church of the “Santi Felice e Baccolo”, which is considered one of the most beautiful baroque churches of Tasso’s hometown.

Despite its small sizes, it had a great importance in the history of the main town in the Sorrento Coast, because between the 12th and the 15th century it had the function of Cathedral of Sorrento.

According to some, this church was built on the ruins of an ancient Temple dedicated to Jupiter or, even, on what was, in Roman times, the Pantheon.

The church has one nave and has, on the high altar, a statue of the Madonna of the Rosary.

On the right side when entering it, we can admire an altar coming from the Church of San Vincenzo. Above it, a 16th-century table – recently restored – can be seen, representing Saint Dominic, Saint Rose and other Dominican Saints who receive a rosary by the Virgin and by the Infant Jesus. Round the painting there are fifteen miniatures in which the mysteries of the Rosary are represented.

On the left side when entering it, instead, there is an altar which, in the past, belonged to the ancient noble Sorrento family of Donnorso.

Above it, a picture in which Saint Joseph, Saint Gennaro and Saint Raphael surround, with some little angels, a Byzantine icon in which we can admire another representation of the Madonna with the Infant Jesus.

The ceiling is decorated with a beautiful depiction of the Holy Trinity.

In the Church of the Santi Felice e Baccolo of Sorrento we can admire, moreover, many polychrome marbles which cover the side walls, along which statues of Saint Joseph, Saint Irene, Saint Baccolo, Saint Michael and Saint Louis Gonzaga. Noteworthy is also the high altar, commissioned in the first half of 1700 to Antonio Gandolfo and characterized by the presence of various pairs of angels’ heads which make a crown for the Holy Spirit that is above the Tabernacle.

Beneath this altar an urn containing the relics of Saint Baccolo is kept, who, besides being Bishop of Sorrento is also a patron saint of the Town.