Sorrento historical centre: a stroll through the story 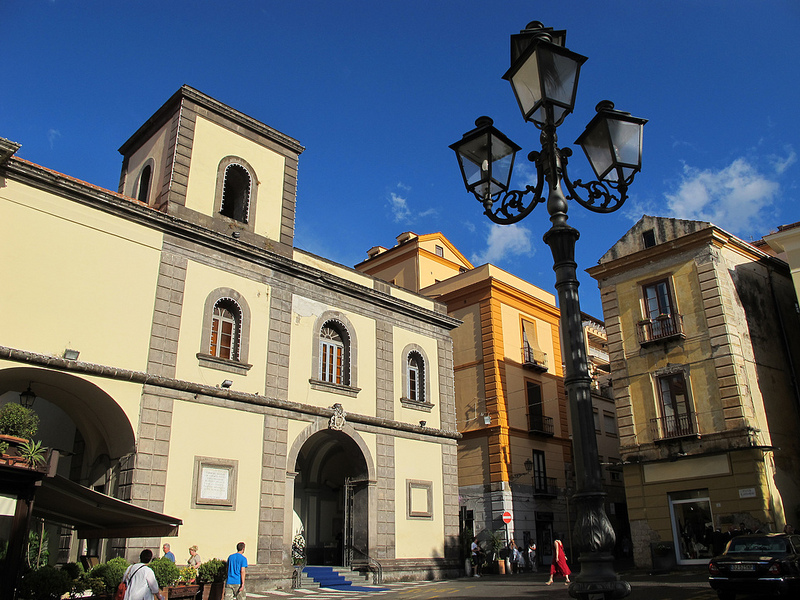 It has always been a tourist destination of excellence, Sorrento, frequented by visitors on the Grand Tour and then by elite holidaymakers in the nineteenth-century, when the great hotels were established that are still one of its greatest prides. Hotels like the Bellevue Syrene, a historic 5 star deluxe with spa and breathtaking views over the Bay of Naples and Mount Vesuvius.

. If, from Piazza Tasso, you cross the via della Pietà, you reach the ancient upper decumanus, the principal street of Roman towns. Here there are fine examples of medieval architecture, like the Palazzo Veniero whose late Byzantine lines show Arab influences, or the fourteenth-century Palazzo Correale, of Spanish-Catalan design.

Another fascinating old area of Sorrento historical centre is that of Via San Cesareo, whose entrance is guarded by a clock tower. Its commercial activity, the buildings, the voices, the sounds and the colours make it resemble a small Arab souk, which revolves around the sixteenth-century Sedile Dominova, a square-shaped loggia open on two sides with round arches and covered with a fine majolica dome. Inside, it houses frescos and the coats of arms of noble families, and every year at Christmas it becomes home to a rich eighteenth-century crib, much admired by both the locals and the tourists who are fortunate enough to spend the festive season here.

Continuing the walk in Sorrento historical centre, you are rewarded with the green space of the Villa Comunale, which was once part of the gardens attached to the cloister of San Francesco, whose cloister, punctuated by beautiful pointed arches, reveals medieval origins and is one of the most photographed places in Sorrento.