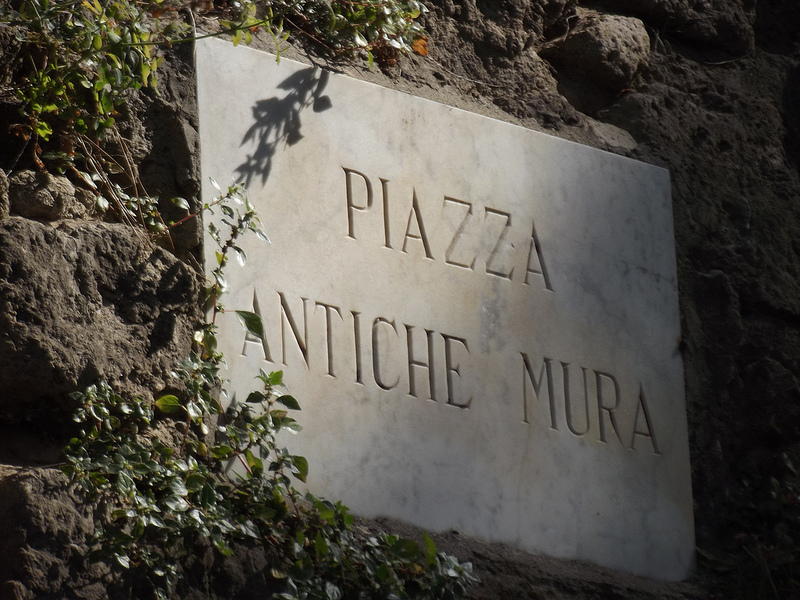 The historical centre of Sorrento, of Greco-Oscan origin, coincides with the area included in the 16th century walls (1551-1561) still visible today at many stops.

The remains of the Greek walls, today, can still be admired in the “Sopra le Mura” (over the Walls) area; an antique pre-Roman door, a few metres underneath the actual gate of “Parsano Nuovo” (New Parsano).

The Roman City was built over the Greek installation, and the Romans continued to respect the urban plan designed in the tuff by the Greeks, and, in particular, built the walls to strengthen the city using big isodomic blocks as their predecessors had done.

During the Roman domination, the city of Sorrento was completely surrounded by walls with 5 entrance gates – two in the direction to the sea and three to the land – and a series of towers built to defend the doors deduced as being the most vulnerable: “Porta di Marina Grande” (Large Coastline Gate) and “Porta Piazza Tasso” (Tasso Square Gate).

These walls, remained a protection of Sorrento during the whole medieval age.

The invasion of the Saracens, ferocious Turkish pirates, for centuries has upset the peace of the small town. They arrived secretly and silently from the sea and raided the small settlements along the coast, then went back up towards the centre of the small town to complete their work.

From the towers, strategically positioned along the walls, the sentinels would sound the alarm and the people would leave their occupations and escape.

The ferocity of the Saracen invasions induced the Sorrentines to remake and strengthen the walls; the works, started in 1551, were terminated 10 years later, in 1561.

Still today, through the remains of those powerful walls and of those towers wisely built, it is possible to breath in the past, to perceive the efforts and the work done to build, rock upon rock, those walls with the hope that the Saracens would not be able to cross them…